Nasdaq First North-listed Freemelt – a high-tech growth company whose groundbreaking solution creates new conditions for rapid growth in 3D printing – introduces Pixelmelt®, a new software for faster material development and more productive 3D printing. Pixelmelt is® launched in conjunction with the Industry Fair Rapid.tech 3D in Erfurt, Germany, 17-19 May and will be available in the third quarter of 2022.

Freemelt's systems use an electron beam to melt thin layers of metal powder into solid material, unlike most competitors who use a laser beam. The electron beam has several inherent advantages, most notably that you can melt at higher power and move the beam more than 100 times faster. This allows development of processes that are not possible in laser systems.

"A laser-based 3D printer can scan the beam at around 10 meters per second. Freemelt's proprietary electron beam can move the beam 4,000 meters per second, several hundred times faster than a laser beam. This means that the beam can jump between tens of thousands of melting points every second and distribute the heat in an optimal way" says Ulric Ljungblad, CEO of Freemelt and continues: "With Pixelmelt®, our customers can now melt powder material in free spot patterns over a surface rather than along parallel lines, increasing their productivity and enabling new material innovations".

"The Pixelmelt® software gives the user more degrees of freedom in terms of process optimization. The process parameters can be varied between different components in the same 3D build and also within each individual component. It can be compared with building up a photograph pixel by pixel, where you decide the order and color of the pixels yourself," says Jenny Olsson, head of software development at Freemelt.

"In a first step, Pixelmelt® will be used for the Freemelt ONE research system to make the company's research customers even more innovative and productive. Pixelmelt® will initially be a new universal tool in the customer's toolbox to be transferred to future industrial systems," says Philip Nilsson, project manager for Pixelmelt®. 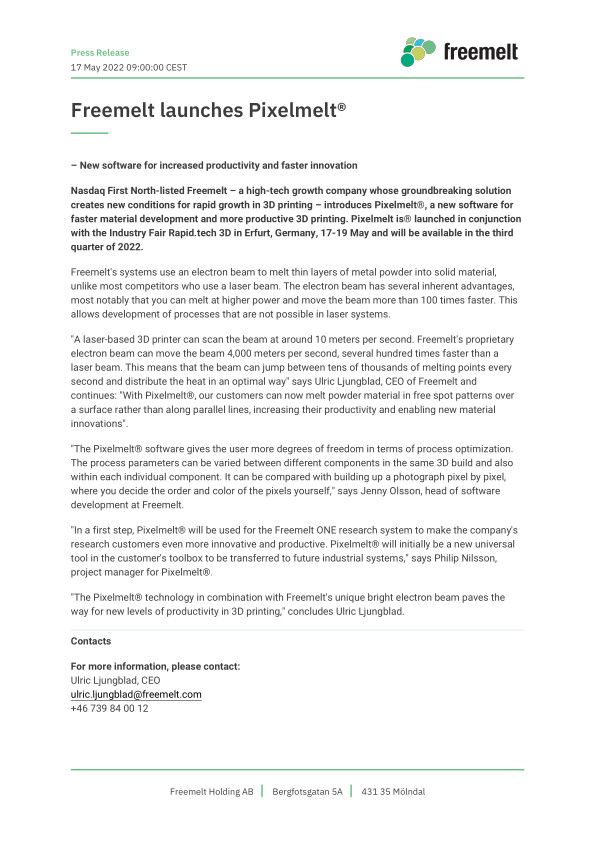 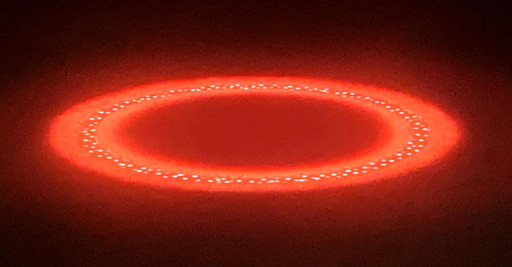